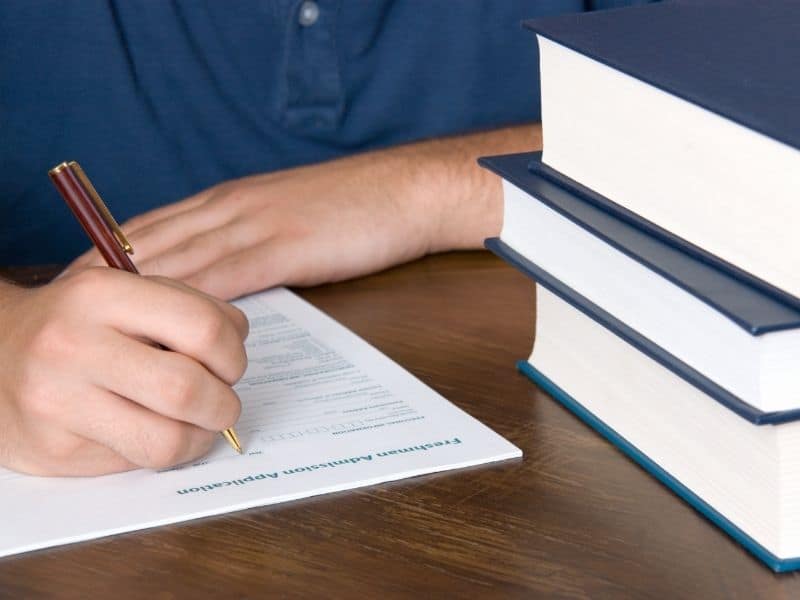 In preparation for this article, I called a lot of colleges that offer ED, and though 75% of them didn’t pick up, I was able to get direct information from Bard College, Columbia, Duke, and NYU (New York University).

For starters, a college is not going to come barging into your house and demand that you attend their school. You are not legally bound to attend their school. If you search through other articles on the internet, they will say that standing by your early decision is more of an “honor” thing.

If you choose to apply early decision to a school, you, your parents, and your guidance counselor all have to sign documents that state you will abide by the binding rules that come with an early decision acceptance.

So, what can you do if you want to reject an early decision offer from the college?

The only valid reason for rejecting an early decision offer from a college is an inability to pay the cost of attendance, but you need to contact the financial aid office to negotiate a new aid package. If the reason is other than financial, then the student risks an acceptance from other colleges.

Earlier, I mentioned that you need to have a good reason for pulling out of an early decision, but there really is only one valid reason a college would accept: an inability to pay the tuition.

Let’s say that a student applies early decision to Duke University and gets accepted. They and their family are happy, but not for long because they see the price tag of the attendance.

The family of that student earns enough money to have a comfortable living, but they also have two other kids to think about. Basically, they have money, but definitely not enough to pay the obscene tuition.

Then, the family starts freaking out since they and the student’s guidance counselor already signed an agreement with Duke.

What do they do? Just accept the terms? Is the student going to end up in debt for the rest of his life and never be able to save for his retirement? Absolutely not.

If you are in this position where you can not pay the tuition, call the college and explain your situation. When I was talking with the lady from Duke who answered my call, she said, “if the financial aid office is unable to offer any more aid, then, of course, the student won’t be held accountable.”

Columbia went further to say, “if this [inability to pay] were the case, there would be a whole process with the financial aid office and the board of admissions directors.”

Like I stated, ED is not a legally binding agreement. On top of that, not being able to pay is a justifiable reason to reject an early decision.

The college may give you a hard time because you should have educated yourself on how much you could pay, but they will let you pull out.

Another thing that you can do is negotiate with the college. They accepted you for a reason, so they want you at their school. Call or email the school and ask if you can discuss the aid you received.

In fact, Bard College has “a process of conversation with admissions officers” to understand your reason for backing out. I’m sure that you can work something out and put yourself in a much better position financially.

If this is your dream school (I presume it is because you applied ED), then persist as until the end.

What If My Reason for Rejection is Not Financially Related?

Well, this depends on what your reason is. If you suddenly have to take care of a relative and can’t move anywhere too far away from your current residence, then that’s fine. A college (I hope) would not be so immoral as to ruin your chances at other colleges because of that.

If your reason is that you simply feel that you don’t want to attend that college anymore, there could be numerous consequences of that.

If the school is not that selective in their admissions, then they may let you off the hook with a heated letter/email about how you should have thought more carefully.

However, the more selective the school gets, the more they’ll make you and others pay (yes, others). Let’s start off with what could happen to you. The college may contact other schools and tell them that you rejected an early decision acceptance.

You may think that a college wouldn’t go this far. However, NYU has “the right to tell other colleges,” and Duke says, “the admissions world is very small, and an admissions officer can shoot an email to other schools and say beware of this applicant.”

Whether you think it’s fair or not, you have to play by the rules of the game. Now, I’ll inform you of the effects of your actions on others.

This means that the college will no longer trust your counselor and, therefore, not take any more applicants from your school.

So, rejecting a selective school because you simply don’t want to go there will not only negatively affect you but your guidance counselor and prospective students that dream of going to the school you want to reject.

Can I Pull Out Of An Early Decision Before The College Releases Its Decision?

This is something you can most definitely do. If the college has not released decisions yet, and you want to pull out your application, that’s fine. Call the school and inform them of this, and they’ll change your application status.

Even though this seems fine, if it were me, I wouldn’t apply ED if I wasn’t certain. Yeah, sure, you won’t be penalized, but I still wouldn’t just to make sure. Maybe I’m worrying for no reason, but I don’t want to risk another college finding out. Anyways, back to the article.

Is It Possible To Apply To Two Schools ED?

Yeah, this is an even worse idea.

Even if you somehow got away with it, when the colleges find out, your application (or acceptance if you got in) will be revoked from both.

How Do I Know Early Decision Is For Me?

I think that ED is something that you should only choose to do if everything lines up. First, you should absolutely love this school.

You should think with both your heart and brain, making sure you genuinely love the school and what they represent but also know that you will get a good academic experience from them.

Don’t let your parents, siblings, friends, etc. dictate where you should apply. Secondly, make sure that the school is a financial match. This needs to be stressed so much more than it is now.

You should not apply to a school if you know you won’t be able to pay the price tag. Think about it this way: you attend the school and end up with thousands of dollars in debt that you will pay off for the rest of your life.

You may not be able to save up for retirement or even a house because of your mountain of debt.

Even if your circumstances don’t allow for you to apply ED, it’s not the end of the world. Bard, and probably other colleges believe that you shouldn’t “back yourself into a corner by applying early, just apply regular.”

This is very similar to the previous question. If the main reason for people wanting to reject an ED acceptance is the financial inability, then finances should be the first thing on your mind.

There are a bunch of calculators that will tell you how much tuition you would need to pay based on your current financial situation. Financial aid doesn’t mean financial freedom.

Even if your family can’t realistically afford more than $10,000 a year, you could be left with having muster up $30,000 a year. I, personally, don’t think it’s worth going into more than a couple of thousands of dollars of debt over any college.

Be smart, do your research, and think with your heart and brain (never forget the brain).

Just Before You Reject An Early Decision Offer

So, what have you learned today? It is possible to reject an ED acceptance but beware of the consequences that will come from each school. Some schools may just send you an email of contempt, while others will ruin your chances at other schools.

And don’t forget, it may not only be you affected by your actions. Before committing to ED, be 130% certain that the school you are applying to is an academic, self-interest, and financial match.

Here is what each college said about rejecting ED offers.

Columbia University reports that, “it is rare that a student is not able to pay the cost of attendance.” However, “if this [inability to pay] were the case, there would be a whole process with the financial aid office and the board of admissions directors.”

Duke University says if you are still unable to pay after talking with the financial aid office, “then, of course, the student won’t be held accountable.”

If your reason for rejecting as not financially related, you will not be obliged to go to Duke, but “the admissions world is very small, and an admissions officer can shoot an email to other schools and say beware of this applicant.”

New York University (NYU) has a similar process to Columbia & Duke if a student has the inability to pay the cost of attendance, but “[NYU has] the right to tell other colleges” if your reasons are other than financial.

Bard College and the prospective student will go through “a process of conversation with admissions officers” to see if anything can be done. But the best piece of advice Bard gives you is to not “back yourself into a corner by applying early, just apply regular.”